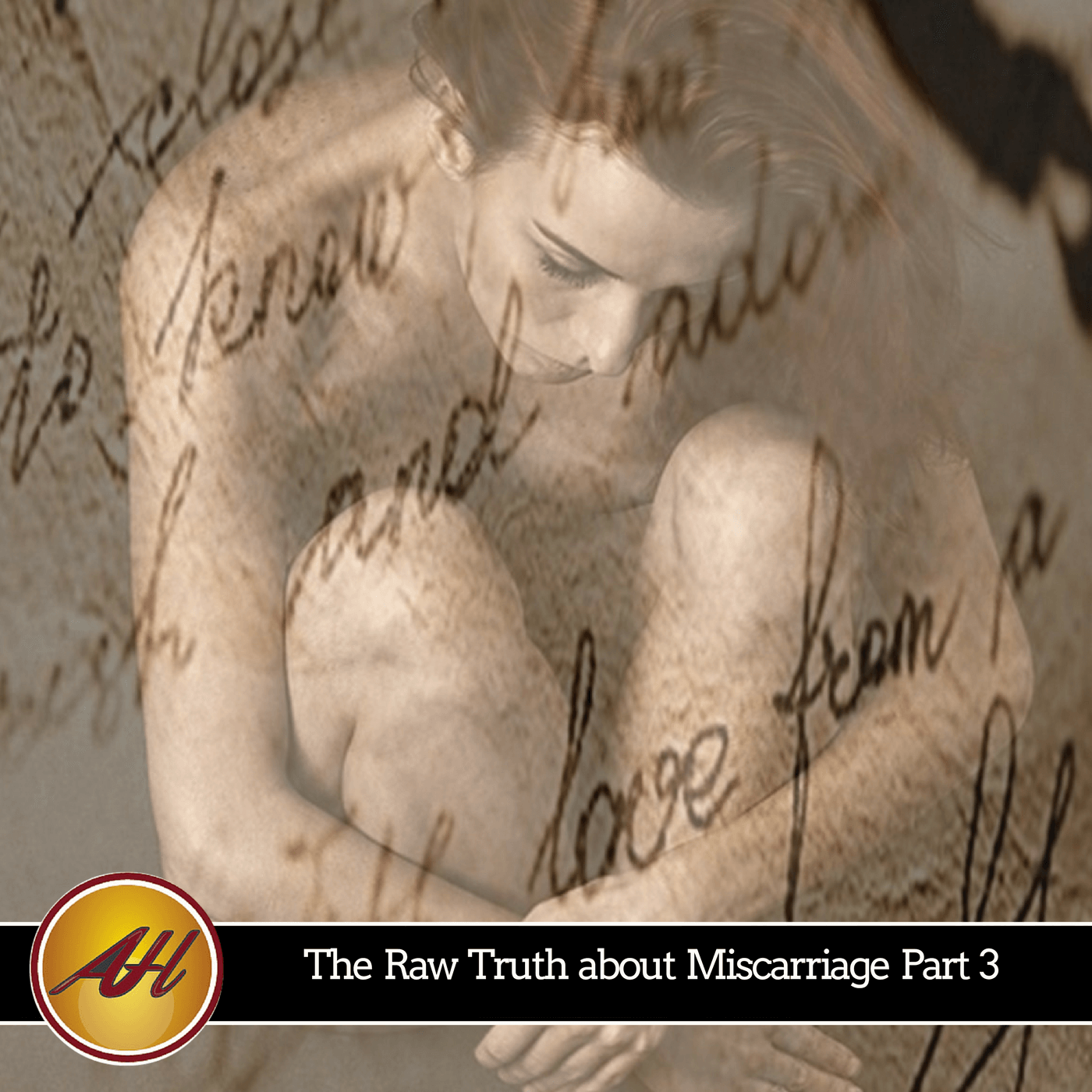 I recall that I felt cheated, robbed, condemned and most of all guilty.

I pondered on what nature of evil had I committed to be pacing the floor.

Waves of intense pain made me want to sink my nails into the walls and scratch at them until I drew blood.

I was 16 weeks pregnant and had lulled myself into a false sense of anticipation.

My husband and I had even started to discuss baby names when driving in the car together.

Confusion mixed with disappointment, anger at God for taking more little lives away from me.

Guilt, That nature had judged me and had decided I wasn’t good enough to be a mother.

My husband grabbed the car, and I was off to hospital once more for all the wrong reasons. 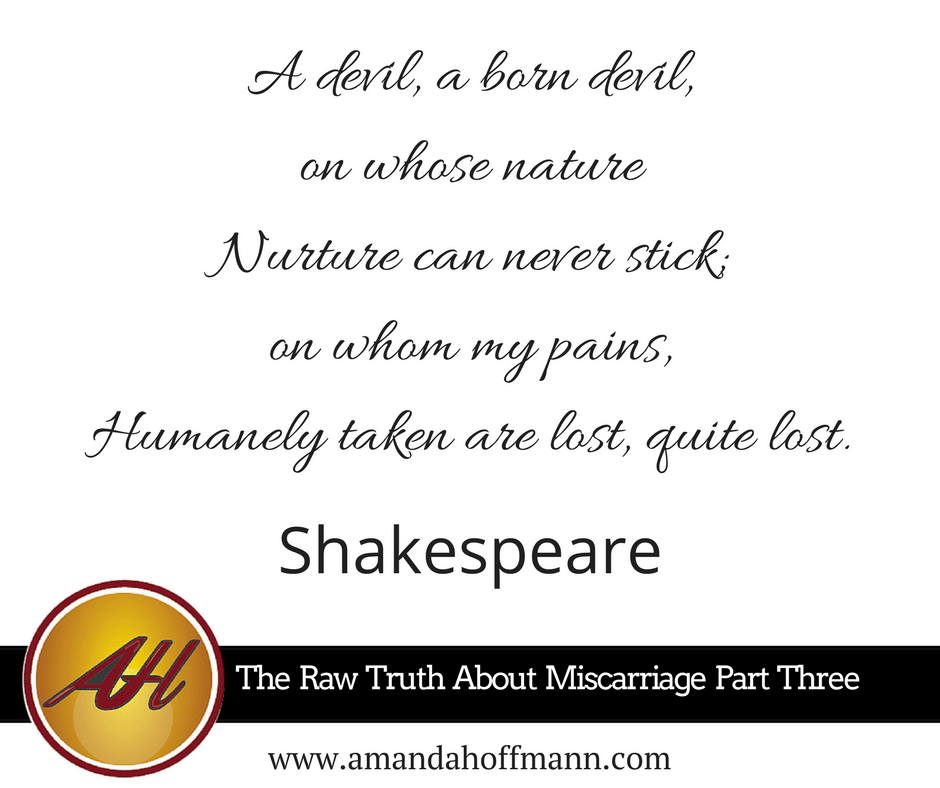 Back in Emergency Again!

It was less than 7 months and I was once again in emergency.

Morphine was being pumped into my veins, while faceless hospital staff went through the process of admitting me.

You would think that a young woman experiencing a miscarriage would be given some empathy?

A foreign intern doctor on duty had his own interpretation on compassion.

He demonstrated it as a egotistical, steely eyed ape.

He was not happy that I insisted on a D&C.

He was the medical doctor on duty and didn’t see the need.

I argued with him in medical terminology and was dismissed as he addressed my husband.

“Who does she think she is? What does SHE do for a living?”

In the end, I vowed to sue him blind, take his home, Mercedes Benz and his dog if he didn’t do as I asked him.

I knew the risk of infection could turn to blood poisoning or worse.

I had met more than one woman who had shared with me the dangers of not listening to your body’s inner wisdom.

Women who ignored their instinct, to blindly obey the doctors prognosis.

Only to discover that complications from infection from retained tissue had cost them their womb, and motherhood. 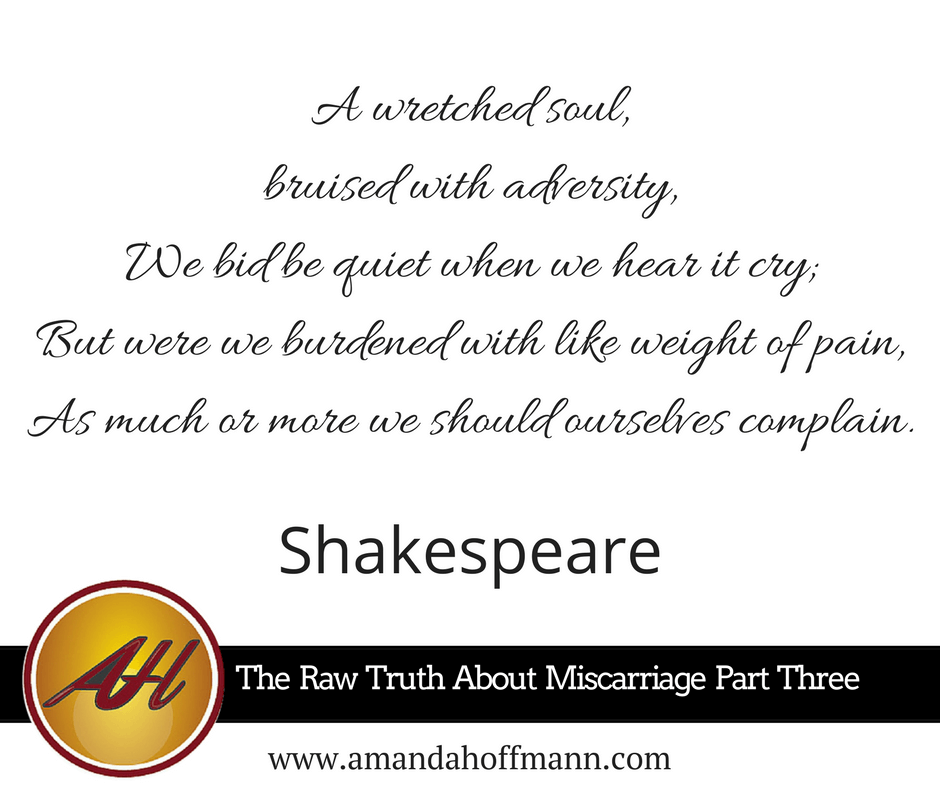 As I was wheeled into surgery, the doctor insulted me.

I could feel his spit shower my arm, my face, as he spat out curses and insults.

It became so bad, that a male nurse intervened.

He surprised the staff around us, as he stood between my bed and the doctor.

The nurse reminded the doctor that it was only a short few months ago that I he’d wheeled me into surgery due to a miscarriage.

He asked the surgeon to show some bloody compassion, or he’d take it upon himself to shut the doctor up.

I recollect a kind female gynecologist visiting me shortly after I regained consciousness.

She pat me on the shoulder and stated “Good girl.”

Briefly, she explained to me that the D&C was certainly required.

However, I felt that she wasn’t telling me everything.

I asked, “What aren’t you telling me?”

She stated, more than asked that as I was a christian, that was all I needed to know.

Sometimes, I wish that I had left it at that.

Accepted that I had made the right decision and stopped the conversation.

It was something about her eyes, was it pity?

Upon my insistence, she shared with me that a viable 16 week fetus had been aborted.

There was nothing that could have changed the circumstances.

There was significant retained tissue found within the uterus, that would have caused an infection.

She reassured me, that one way or another I would have lost the pregnancy.

I also found out why the other fetus was not noticed in the scans.

I had a bicornuate uterus or a heart shaped deformity in the uterus.

That this deformity might also contribute to why I miscarry.

She recommended that I see a doctor and have it operated on before falling pregnant again. 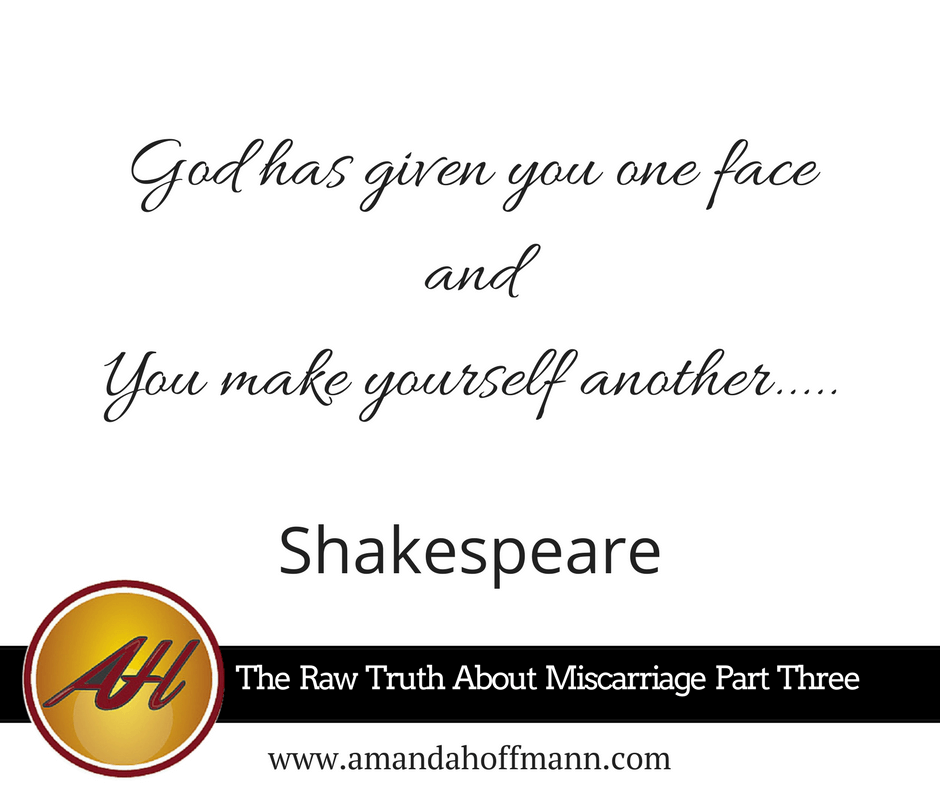 I never told my husband, not even my mother about the baby that was aborted.

It wasn’t until a health scare this year, that all these memories seem to be swirling about.

A hoard of dark emotional demons have broken down my locked doors and filing cabinets.

They will not be restrained any longer, nor silenced.

I am forced to wrestle and stare my emotions in the eye.

There is no where to hide them away anymore.

It’s time to finally live my life, and move forward from decades of restraint.

Sign up to receive my blog posts via e-mail and get a FREE copy of my NEW e-book on the resouces I use. Learn More....